The team of Vijay Deverakonda‘s upcoming action flick ‘Liger’ are releasing regular updates from the past couple of weeks. They are coming up with posters, glimpses, shooting updates and others to keep the buzz alive. The film is all set to hit the screens on 25th January and there are high expectations on it. Directed by dashing director Puri Jagannadh, the glimpse showcased Vijay as an aggressive boxer who has a no-holds-barred attitude.

Talk in tinsel town is this film has struck gold with the digital rights as top OTT platform Amazon Prime Video has shelled out a whopping 60 crores for it. This is a huge price for Vijay’s film and news is that the deal includes all languages. None of Puri’s or Vijay’s films have gone to such huge rates and the entire unit is hyped up about it. We need to wait for the official confirmation regarding this news.

Sultry Bollywood beauty Ananya Pandey will be seen romancing Vijay in this flick and legendary boxer Mike Tyson is playing a key role. Vijay will be seen as a mixed martial arts fighter in this movie and he underwent a lot of training. Charmee along with Puri are jointly producing this high-budget film while Ramya Krishnan and Ronit Roy play crucial roles in ‘Liger’. The cinematography is handled by Vishnu Sarma while Kecha from Thailand has composed the fights. There are high expectations on this movie and fans of Vijay are eagerly waiting for it from the past two years. Karan Johar is presenting this movie in Hindi and it is Vijay’s official launch into Bollywood. 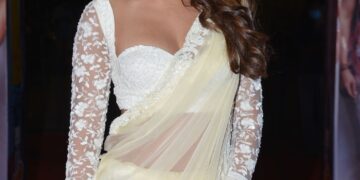