Animal that gives both egg and milk

Some animals give birth through eggs and some have babies. But the animal Platypus is unique among all animals. Yes, you have had true, it can lay both eggs and give milk. It is a weird experience that science has observed in the history of science.

Platypus has a distinct nature as a mammal. Mammal nature is only to give birth to the babies and feed them with milk. On the contrary, an amphibian living in either water or the avian that flies in the air lays eggs.

In the year 1884, Scottish scientist William Hay Cadwell and his team discovered Bata, a strange animal Platypus that can lay eggs and gives milk. Platypus is a duck-billed animal that can lay eggs. The strange part is that it has mammary glands that are responsible for the release of milk from the pores of the Platypus skin.

Life of a platypus

Platypus is known as the best swimmer and is considered introverted making them opposite to Dolphin behavior. Platypus is usually calm, and shy and is not easily seen with other animal groups.

Platypus can live both on land and water and they’re also commonly called a duck-billed Platypus. These are lesson numbers on the earth and they are among the endangered species in the southern part of Australia. Their strange reproduction has made them one of the iconic animals of Australia.

Scientists have discovered that Platypus milk helps to develop human antibiotic resistance. The strange creature has a duck beak and venomous feet and is one among two mammals that can lay eggs.

In the year 2010, Australian scientists discovered that the semi-aquatic animal’s milk contains a protein that can fight superbugs. Scientists say that that can create a new type of antibiotic from their milk.

Platypus do not have teats. It sweats out milk from its belly and feeds it to its children. But Platypus milk is exposed to outside leaves and dust making it to be having harmful bacteria leaving their babies in danger. But the unique antibacterial protein in their milk is a way the animals defend against the bacteria that protect their children.

In the year 2014, the World Health Organization passed a report to prevent the post-antibiotic era where common infections and minor injuries that have been treated for decades can once again kill people.

Antimicrobial resistance is a condition that occurs when bacteria build up a tolerance against antibiotics and pass it to the next generation of bacteria called superbugs. Surprisingly Platypus milk can fight against superbugs. 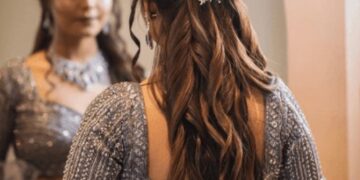